The Noel Markwell Media Award is presented to someone in the media whose work best reflects the purposes and the spirit of the International Society of Political Psychology. The award is open to any institution, journalist, or other media source that demonstrates concern for the political psychological factors that are central to the ISPP. The award carries a monetary award of $500 total (to split among multiple individuals if applicable).


THE NOMINATION PROCESS FOR 2021 WILL OPEN IN SEPTEMBER 2020. Please send submissions to the Chair. The deadline for nominations is 15 January 2021. 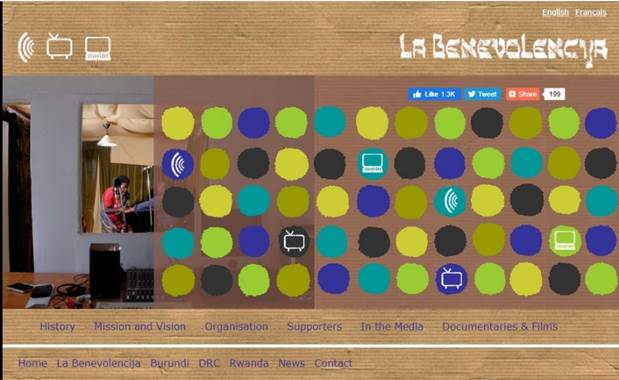 The Noel Markwell Media Award is presented to someone in the media whose work best reflects the purposes and the spirit of the International Society of Political Psychology, specifically to an institution, journalist, or other media source that demonstrates concern for political psychology factors. This year's Markwell Media Award goes to the Radio La Benevolencija Humanitarian Tools Foundation. For more than 15 years, Radio La Benevolencija has produced and broadcasted radio dramas built directly on the political psychology literature. The aim of these radio dramas is to facilitate reconciliation in conflict-ridden societies in Rwanda, Burundi, the Democratic Republic of Congo, and other societies worldwide. The organization does this by embedding the radio dramas with cues drawn from political psychology to promote active bystandership for peace building and positive social change. The radio drama campaigns are regularly evaluated and have been shown to positively influence peace building and reconciliation. In addition to having a positive impact on the world, the radio dramas have provided an ongoing field experiment, helping scholars and practitioners alike understand effective methods that can be used to stimulate national audiences to resist incitement to violence -- not only in Africa, but also in Europe, the U.S., and anywhere around the globe. This project has also led to several scholarly articles published in a range of political psychology journals. In short, Radio La Benevolencija paves the way for understanding how using fiction, embedded with political psychology-motivated messaging, can combat very real political prejudice and violence.