ISPP celebrated its 40th meeting at the Royal College of Surgeons in Edinburgh. With 724 registered participants, coming from Europe and countries as far away as Argentina, Brazil, Chile, Peru, Australia, New Zealand, Hong Kong, Japan, and South Africa, it was the second-largest conference in ISPP history to date. Those in attendance very much enjoyed the wonderful city of Edinburgh and highly valued the research presented in the 85 paper sessions and three well-attended poster sessions. Keynote lectures were given by Dr. Linda Skitka (2016 recipient of the Harold Lasswell Award), Dr. Paul Sniderman, and Dr. Michael Billig. The 2017 recipient of the ISPP Markwell Media Award, Jerry Large, also gave an invited address. In her ISPP Presidential Address, Kate Reynolds reflected on 40 years of ISPP and discussed current and future directions for the field. 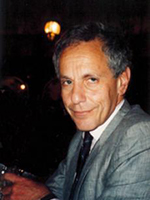 This year’s Harold Lasswell Award for Distinguished Scientific Contribution to the field of political psychology goes to professor Jack Citrin.
Professor Citrin teaches political behavior and his research interests include political trust, the foundations of policy preferences, direct democracy, national identity and ethnic politics with a focus on public support for immigration and language policies. His work primarily concerns American politics but also Western Europe and Canada. Citrin received his B.A. and M.A. from McGill University and his Ph.D. from UC Berkeley. He has taught there for almost 50 years. Since 2007 he has served as the Director of the Institute of Governmental Studies.

His work has been cited nearly 10,000 times, according to my rough count. His 1974 APSR paper, which was actually a response to a previous paper by Arthur Miller, entitled “The Political Relevance of Trust in Government,” has been cited over 1000 times alone. It is a bedrock piece of scholarship demonstrating that trust in government is more about current and short trust in the sitting administration and its polices, not an evaluation of the legitimacy of the entire political system. This short paper still influences important work in the field and is obviously highly relevant in contemporary democratic politics around the world.

After that paper, Citrin wrote several important books and too many influential papers to review them in a short time. His 2014 treatise on multiculturalism with David Sears, entitled American Identity and the Politics of Multiculturalism. This is a beautifully written and contains a very uplifting conclusion in what is otherwise a very uncertain time: Which is to say they find little evidence of a link between strong group consciousness and a lack of patriotism, even in the most disadvantaged minority groups. Citrin and Sears conclude that the United States is not breaking apart due to the new ethnic diversity, and in fact most of us share a common understanding about what it means to be a patriotic citizen and a member of the fabric of America.

Finally, Jack would be the first to credit his colleagues and especially his students, who are themselves making tremendous contributions to the field and are now leaders in their own right. Many of them are our best friends and colleagues, and many are here at this conference. The Committee, and indeed all of ISPP, is grateful to Prof. Citrin for helping to mentor us and bring us together as an intellectual community. 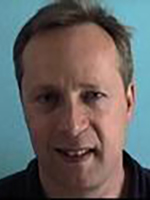 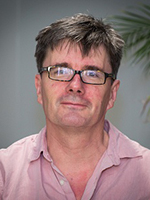 The Nevitt Sanford Award For Professional Contributions to Political Psychology, set up in the honor of Nevitt Sanford, is to be given yearly to someone deemed by the committee to be 1) engaged in the practical application of political psychological principles, or 2) creating knowledge that is accessible and used by practitioners to make a positive difference in the way politics is carried out.
This year the Committee unanimously agreed that the award should go to Stephen Reicher and Alex Haslam. Together they have made substantial contributions to the social psychological research literature on group identity, leadership, power, and resistance to tyranny. They have taken great efforts to make this work accessible to government officials and to the broader public, most notably through “The Experiment”, now best known as the “BBC Prison Study”, which re-examined issues raised by the Stanford Prison Experiment and challenged its narrative to advance a social identity-based understanding of conflict, rebellion, and resistance. This work- rethinking the work of Zimbardo and Milgram- gets in excess 1.5 million hits per year. They have co-authored a number of articles for Scientific American to make social psychological research more accessible to broad public audiences on a range of topics, including leadership, terrorism and extremism, and support for Trump in the most recent US presidential election. Prof Reicher is also a regularly contributor to the media across the world –including programs in the US on Trumps election and most recently on understanding crowd behaviour at the Trump inauguration- raising the profile of our discipline in the minds of the public. The ISPP is fortunate to have Profs. Richer and Haslam in our community. 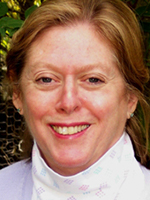 The Jeanne Knutson Award has been given since 1987 to a member of ISPP who has been integral to the development and ongoing success of the society. It is named for Jeanne N. Knutson who founded ISPP in 1978 and was its first Executive Director.

The nominators highlighted Kristen’s work in establishing and directing ISPP’s Caucus of Concerned Scholars: Committee on Ethics and Morality.

Kristen is Chancellor’s Professor of Political Science at UC Irvine, founder and director of the UCI Interdisciplinary Center for the Scientific Study of Ethics and Morality and the Associate Director of the Program in Political Psychology. Her award-winning research on altruism and moral choice along with a broad range of contributions to political psychology and empirical political science has been explored through 18 books and approaching 100 articles and chapters. Kristen has two Pulitzer nominations, a national Book Award nomination, and several APSA awards, including the Giovanni Sartori Best Book Award and two Robert Lane Awards.

Kristen’s service to ISPP has been breathtaking in its scope and her commitment to our society is legendary. Not only has she served as Vice-President and President, but she has organized conferences, served on the editorial board of Political Psychology, and organized countless scientific panels at our annual meetings.

For those of us who have been personally touched by Kristen, she is a model of intellectual and personal integrity, and has been an inspiring and gentle mentor for generations of political psychologists. I can think of no other scholar who more genuinely exhibits the principles of ethical conduct and care that she writes about.

Please join me in congratulating this year’s winner of the Jeanne Knutson Award, Dr. Kristen Monroe. 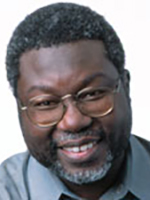 
The 2017 Noel Markwell Award, for someone in the media whose work best reflects the purpose and the spirit of the International Society of Political Psychology, wents to Mr. Jerry Large of The Seattle Times. Large, who's written, edited, or served as a columnist for The Seattle Times for 36 years, is the premier voice in the northwest, in the region's largest newspaper, on the sources and consequences of inequality. In his bi-weekly column, Mr. Large examines the impact of race, class, and nativity on the life chances of those from marginalized groups. To do so, and this why the committee selected him from a group of distinguished nominees, Mr. Large draws extensively on social science and history. To us, the committee, this is what truly set him apart. Not only does he cite relevant sources, he demonstrates a firm grasp of the relevant literature. In this way, his work exceeds that of many in the media. In short, his columns are firmly grounded in psychology, political science, sociology, economics, anthropology, and history. In some cases, he manages to touch on 3 or 4 of the aforementioned disciplines. For these reasons, Mr. Large was the recipient of the Noel Markwell Award for 2017, presented at the ISPP Annual Meeting in Edinburgh. 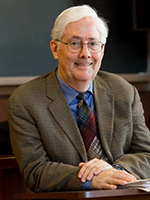 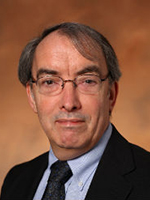 Christopher Achens and Larry Bartels offer a superbly provocative account of the failure of the theory of folk democracy, based as it is on assumptions about rational voters. Their radical critique of rational choice, spatial models of mass voting, retrospective voting, deliberative democracy and plebiscitary solutions raises hard questions for democratic theorists. They encourage us instead to turn to political psychology, recognizing the significance of social identity and affiliation, in understanding election outcomes. Their historical sweep, combined with adept use of social and group identity theory and electoral data, is entirely convincing. 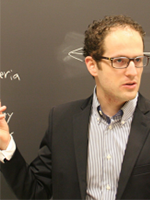 Joshua Kertzer’s book provides a wonderfully clear and persuasive account of decision making in international politics. Using both lab and large N survey experiments in association with case studies, he establishes that only an interactionist approach—encompassing situational and dispositional aspects of both leadership groups and the populations they monitor—can adequately explain decisions to go to war. Historically well informed, attuned to an enormous range of international relations literature, and adept in identifying the question arising from that literature and from his own experiments, Kertzer not only brings much needed definition to the debate about resolve, but also clarifies directions for future research. 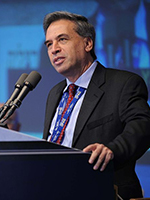 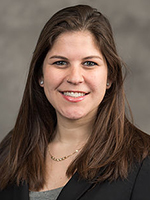 Alex Mintz and Carly Wayne have developed an account of sub-optimal presidential decision-making that deals with the other end of the spectrum from the familiar concept of groupthink. They focus on decision units where instead of conformity, a plurality of opinions and divergent policy prescriptions produce disjointed decision-making and even paralysis: the polythink syndrome. Their case studies not only illuminate how discord, competition and division have plagued US foreign policy, but also lead them to valuable recommendations on how to design decision processes capable of leveraging diverse opinions in a balanced, constructive and productive way. 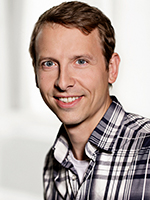 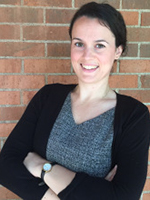 Best Dissertation Award
The 2017 Best Dissertation Award was presented to Allison Anoll (Stanford University) for her PhD thesis entitled “Race, place and political action: How social norms and segregation shape participation in America”. Dr. Anoll is currently an Assistant Professor in the Department of Political Science at Vanderbilt University (USA).

Given the overall high quality of the dissertations we received, we also extended two honorable mentions. The first honorable mention goes to Ozden Melis Ulug, for her PhD thesis entitled “A Q Methodological Investigation of the Kurdish Conflict Frames among Parliamentarians, Experts and Lay People in Turkey” (Jacobs University Bremen, Germany). Dr. Melis Ulug is now at the University of Massachusetts Amherst (USA). The second honorable mention goes to Hannah Nam, for her PhD thesis entitled “The neuroanatomical basis and development of system justification and political beliefs” (NYU). Dr. Hannah Nam is now at Stony Brook University (USA). 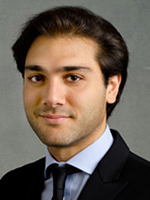 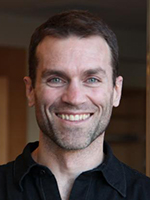 
The 2017 Roberta Sigel Award for the best paper by Early Career Scholars only presented at the 2017 annual meeting was conferred to Nour Kteily (Northwestern University) and Emile Bruneau (University of Pennsylvania) for their paper “Backlash: The politics and real-world consequences of minority group dehumanization." 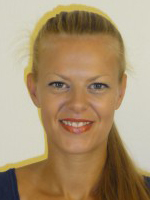 
The 2017 Roberta Sigel Award for the best paper with an Early Career Scholar as first author presented at the 2017 annual meeting was conferred to Sandra Penic (University of Lausanne) for her paper “Inter-group forgiveness in the aftermath of symmetric and asymmetric communal violence: Contact density and nationalistic climates as contextual mediators” (co-authored by Guy Elcheroth and Davide Morselli).