By Matt Motta (University of Minnesota)

In a letter recently published at Nature Climate Change, I investigate the effect of young adults’ (aged 12-14) interest in scientific issues (“science interest”) on trust in climate scientists, when they become older. Analyzing longtudinal survey data from the Longitudinal Study of American Youth (LSAY), I find that people who are highly interested in science at young ages tend to be more trusting of climate scientists in adulthood.

Previous work has found several factors that are linked to American adults’ attitudes toward climate scientists. For example, ideologically conservative and more-religious individuals have been shown to be less trusting of climate scientists and the research they produce (McCright et al., 2013; Blank & Shaw 2015; Gauchat, O’Brein, & Mirosa 2017). More generally, research has also shown that both science interest and science comprehension are associated with increased acceptance of scientific consensus on a variety of issues. Kahan and colleagues (2017) however demonstrate that science curiosity, unlike science comprehension (which polarizes views across party lines), increases perceptions of risk associated with global warming and fracking independent of a person’s political ideology.

The broad debiasing effects of science interest represent an interesting avenue for future research on trust in climate scientists, especially at young ages. Longitudinal research has suggested that young adulthood is a critical period in the formation of attitudes toward science (Simpson & Oliver 1990). However, few have investigated the long-term effects of science curiosity from young adulthood.

According to Kahan’s Cultural Cognition Thesis (CCT), different groups in society stake out different positions on issues related to science; turning them into cultural, religious, and partisan battlegrounds (Kahan 2010). CCT predicts that those who comprehend science the best, are also the best equipped to interpret scientific information in line with their previous beliefs (e.g., Kahan et al. 2012; Kahan 2017). Adapting language from Kunda (1990), we might say that these individuals are the “best” politically motivated reasoners.

To study the effects of science interest and comprehension in young adulthood, on trust in climate scientists in adulthood, I analyze panel data from the Longitudinal Study of American Youth (LSAY). LSAY interviewed over three thousand middle and high school students several times between young adulthood (around age 12) to adulthood (around age 35), beginning in 1987. In this study, I show how students’ self-reported interest in “scientific issues,” as well as their performance on standardized quantitative and science knowledge tests, impacts their levels of trust in information from climate scientists (e.g., science professors, NOAA/NASA) later on in life.

The results highlight the enduring effects of scientific interest on trust in climate scientists. On average, I find that science interest in young adulthood is associated with about a 7% increase in trust toward climate scientists in adulthood. Follow-up analyses demonstrate that more than a third (about 36%) of the cumulative effect of scientific interest in both young adulthood and adulthood can be attributed to science interest developed early-on in life. However, the two science comprehension variables (quantitative skills and science knowledge) were not systematically associated with increased trust.

Figuring out how to most effectively improve trust in climate scientists has important consequences for public policy in the United States. Addressing complex policy challenges like climate change often requires a specialized knowledge of related subjects. Consequently, citizens and elected officials alike must, from time to time, place trust in unelected experts (Nichols 2017). Shutting experts out of the policymaking process impedes our collective ability to solve pressing and complex problems. 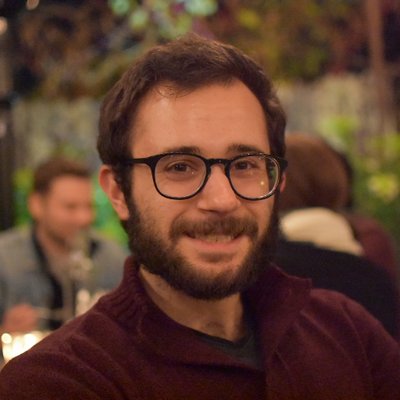 Matt Motta is a PhD Candidate in the Department of Political Science at the University of Minnesota. In Summer 2018, he will begin work as a postdoctoral fellow in the Science of Science Communication at the Annenberg Public Policy Center at the University of Pennsylvania (and will be based at Yale University).

Nichols, Tom. "The death of expertise: the campaign against established knowledge and why it matters." (2017): 964.

Simpson, R.D., and Oliver, J.S. A Summary of Major Influences on Attitude Toward and Achievement in Science Among Adolescent Students. Science Education 74, 1-18, (1990).